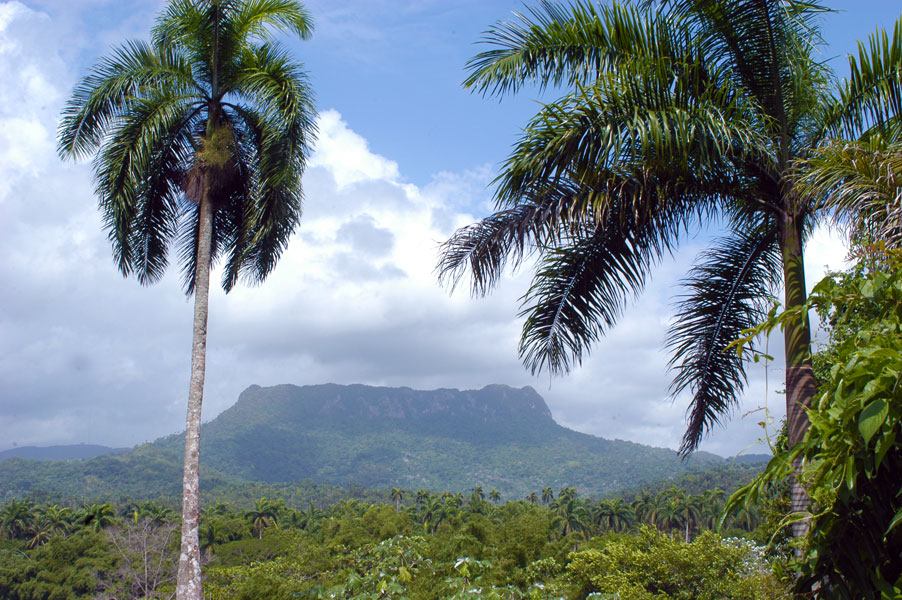 La villa de Nuestra Señora de la Asunción de Baracoa, founded by Diego Velázquez in 1511, became the base for the conquest of the island; hence, it was here where the first government of the colony was established. In 1518 Baracoa reached the rank of City and its church was declared Cathedral.

Among its picturesque valleys and vigorous mountains, the most outstanding ones are el Valle de Guantánamo and el Yunque de Baracoa, the last one a National Monument. The Baitiquirí-Maisí coastal region is a real botanic garden due to its cacti and xenophiles flora, and Monte Verde de Yateras is the place of greatest endemic vegetation in the country. The most important mountains are Las Cuchillas del Toa de Baracoa and la Sierra del Purial. It is in this last mountain where the highest elevation is found, Loma del Gato, is 1170 meters high.