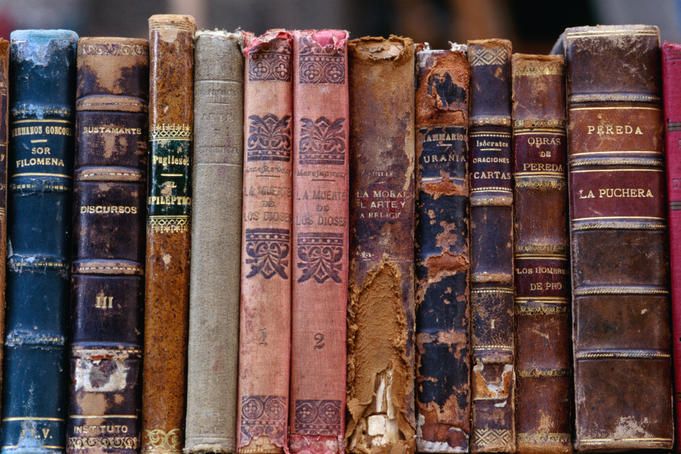 Cuba has also a great deal of literature. In this Island of the perennial sun, beautiful beaches, talented, cheerful and hospitable people and vigorous music, a fabulous literary work has been built, becoming one the most influential movements in Latin America.

Two of its most important and decisive ingredients are grammatical clarity and musicality. Rhythm and content always walked hand in hand to achieve, through years, a strong national literature.

There has been a process in which poetry, in a leading role and always present, has set scores. To Canarian Sivestre de Balboa, for example, corresponds the merit of having written, in 1608, the first Cuban literary work in verse: Espejo de Paciencia (Mirror of Patience). The homologous piece in theater appeared 125 years later, in 1733, when Don Santiago de Pita, native of Havana, wrote El Príncipe Jardinero (The Prince Gardener) and Fingido Floridano. The influence of the press in the development of a national literature was immediate. An example of this was a newspaper called El Papel Periódico de La Habana (The Havana Newspaper), first appeared in 1790. In the XVIII century, the sense of the Cuban identity started to conform gradually the poetic and literary work in general.

In some, prevailed the romantic lyric; in others, and alternating with ideas of multiple purposes, appears a strong commitment with the country´s political destiny. Its main exponent: José Martí the National Hero.

In the XIX century, a genuine Creole, Cirilo Villaverde, wakes up the most opposing passions in the first Cuban novel: Cecilia Valdés. This work marks with no doubts, a moment that confirms the growing vitality of the national literature; just a Gertrudis Gómez de Avellaneda did with her novel SAB.

On the other hand, the narrative in the XX century reached an incredible place and was characterized by the variety of its proposals. In this period, emerged writers that cultivated even more than one gender. They became part of the most valuable of the literary panorama of the nation and worldwide.

In the newly born XXI century, The Cuban literature arrives with a new soul, enriched with the relationship between the classical writers and the freshness of the young writers. The new generations have begun to play an important role, taking from their predecessors the sap they sowed. This way, the Cuban literature keeps on preserving its vitality, which is not only a merit of the past.

Cuba has had a few great poets. In the last fifty years, two of them have transcendent time and fame. Dulce María Loináz, a poetess that, in this year, would have reached her centenary and Cuba will celebrate it. She passed away five years ago.
Dulce María Loináz was the first woman recognized with the Cervantes Awards, the most important literary award in the Ibero-America. She wrote one of the classics of the Cuban literature garden. Another outstanding poetess is Carilda Oliver Labra. She is eighty years old and she is, nowadays, the most important voice of the Cuban poetry. Carilda is known as ¨The bride of Matanza¨, the city where she has always lived. Her birthday became a national celebration.

He is the author of the famous Biografía de un Cimarrón (Biography of a fugitive), one of the most published and translated Cuban books of the last decades. It tells the story of the last black slaves, a cimarrón, called this way because they were fugitives who escape to the mountains to avoid slavery and lived in caves under the persecutions of the farmers. Barnet is also a poet, essayist, ethnologist, researcher, cultural presenter and director of the Fernando Ortiz Foundation.

He is considered Cuba´s National Poet. His verses are immersed with great musicality. He is the perfect example of the popular and committed poet, mulatto, Creole, very, very Cuban, musical, harmonic, but at the same time deep and loquacious. His famous poem Songoro Cosongo impacted in the literary world of the first decade. He was qualified as a popular poet and he was also president of the Cuban Union of Writers and Artist, since its foundation in 1961 and until the poet’s death. He also occupied important political responsibilities in the Cuban society. His journalism was remarkable as well as his prose, written with simplicity and genius. His cultural, social and political notes were always very sharp. He was the most respected figure in the Cuban culture circle of the sixties, seventies, and eighties.

Guillen’s death was a sad loss for the Cuban culture because he was considered one of the most talkative, respected and understanding of the Cuban intellectuals.

The author of El Siglo de las Luces (The Century of Lights) is considered the most important Cuban novelist of all times. He lived in the XX century and he contributed, in that period, with his style and Baroque culture, to the mixture of tendencies that influenced the Cuban literature in the first half of the century.
He lived long years in Paris. However, his bonds were always stronger with the exuberance and the fantasy of the Latin American lands, as it is present in all his work and especially in his novel El Reino de este Mundo (The Kingdom of this World)., a splendid novel written by the middle of the century, that tells the story of the magical realism of the Caribbean. Other examples of this magical realism are the stories Viaje a la Semilla (Journey to the Seed) and El Acoso (The Pursuit), among others. But with no doubt, El Siglo de las Luces is the best Cuban novel of all the times.

An intimate poet, not always understood, hermetic and deep, Creole, always fascinated with the rites, myths, legends, symbols and characters of the Cuban life. He never traveled outside the Island, although his work reached great international recognition.
Besides his poetry, essays, and anthologies, he cultivated the prose. His novel Paradiso, very polemic made him famous. Another of his novels: Opiano Licario. The mysticism and metaphysics present in his poetry would capture many flowers and admirers