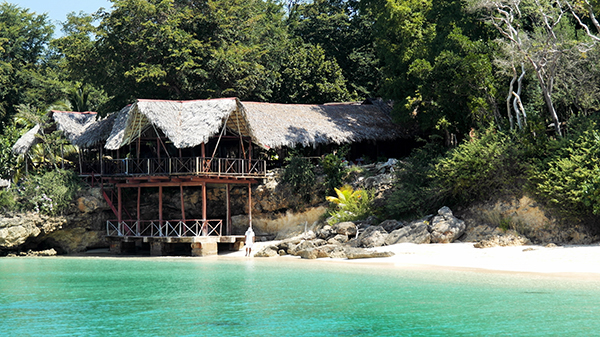 Information about beaches of Easter region of Cuba. their location and characteristics.

This fabulous beach is located in the small town of Siboney, 19 kilometers (11.8 miles) to the southeast of Santiago de Cuba. Many people say the beach has the warmest waters in Cuba, inhabited by colorful tropical fish and varied coral species. Other attractions for visitors are several museums such as La Granjita Siboney and the Ground Transportation Museum, and an aquarium with diverse tropical species, including dolphins. There are a number of restaurants offering typical Cuban food in the area.

The name Guardalavaca has its origin in a tale which described how the locals used to hide their cattle from pirate raids (hence “hide the cow”). The area provides bathers with more than 1,200 meters of small shell-shaped beaches, some of them with underwater shelves. Snorkeling and cave-diving amateurs have the unique opportunity to discover the famous Sponge Mouth, El Salto (the Jump) and the Aguajíes Canyon. Other activities include hiking and horseback riding in such well-preserved areas as Yaguajay Hill, in Banes, La Silla de Jibara and Los Portales. An important bird corridor crosses over this resort which is also considered by many experts to be the archeological capital of Cuba.

Close  to the  place where Christopher Columbus landed, two of the best resorts on the northeast coast of Cuba can be found. They offer a wide strip of fine sand, tranquil emerald waters and lush coastal vegetation. The beaches of Esmeralda and Guardalavaca are situated 65 kilometers (40.4 miles) away from Frank País International Airport in the city of Holguin.

Esmeralda Beach is located just to the east of the mouth of Naranjo Bay, 3 kilometers (1.8 miles) west of Guardalavaca. Its sands are white and fine, and its seabed exceptionally beautiful.

Daiquirí Beach is 28 kilometers (17.4 miles) from Santiago de Cuba and the Antonio Maceo International Airport. The story goes that this beach was the place where the US Army landed in 1898 during Cuba’s Second War of Independence. It has 400 meters of grey sands and exotic coastal vegetation.

Playa Bocajagua is located one kilometer (0,62 miles) away from Daiquiri Beach, with golden sands and deep tranquil transparent waters. This beach is situated in the mouth of a river, and both beaches are within the Baconao National Park biosphere reserve.

Close to these beaches is a large coral reef barrier, which has excellent natural conditions for exploring. This area possesses comfortable hotels, restaurants offering typical Cuban food, an international diving center, and the opportunity to practice water sports of every kind.

This little beach is situated 25 kilometers (15.5 miles) southeast of Santiago de Cuba, composed of golden sands framed by a massive limestone hill. The Amigo Bucanero Hotel looks out upon a beautiful beach abundant in coral and very varied sea life. The beach is an excellent location for snorkeling amateurs because of the transparency of its waters and the natural conditions of the seabed. The hotel offers many other different water sports as well as possessing two tennis courts.

Playa Blanca (White Beach), located at the entrance of Bariay Bay, is said to be the place where Christopher Columbus first landed in Cuba with his three Spanish caravels. Monuments on both sides of the bay indicate the site where the landing took place. Pesquero Viejo is located next to Playa Blanca Beach 10 kilometers (6.2 miles) away from Rafael de Freire town. It is another one of the lovely beaches along the north coast of Cuba that has a coral reef of great natural richness.

These beaches are located in the province of Holguin, 23 kilometers (14.3 miles) from Gibara, one of the quaintest towns of Cuba. They possess white sands and warm, clear waters, and have several caves in the coralline wall that form a passageway of about 50 meters, ideal for snorkeling and diving amateurs.

This black sand and small pebble beach is located 15 kilometers (9.3 miles) to the east of the town of Pilón, in the province of Granma, and 108 kilometers (67.1 miles) to the south of the airport of Manzanillo, close to the Sierra Maestra Mountains. Marea del Portillo extends for one kilometer and is situated in a cove bordered by elevations of lush vegetation. This is the mildest place to be in Cuba during winter, which is many Canadians and Europeans tourist can be found here at that time. The area has two hotels – the Marea del Portillo and Farallón del Caribe – offering fascinating views of the Sierra Maestra Mountains.
The waters are warm and transparent and the sea flora and fauna invite diving and snorkeling.

Cayo Saetía is situated in the province of Holguin, to the east side of the entrance of Nipe Bay. It is virtually untouched and as such is regarded as a very important ecological reservoir because of the many endemic species that inhabit the key. Many visitors prefer this pleasant place – which measures five miles in width – because of the tranquility and natural diversity it possesses. For example, deer and other wild animals which inhabit the key can frequently be seen.

Saetía also boasts a fascinating coral reef barrier that shelters a great number of fish of varied size and color.