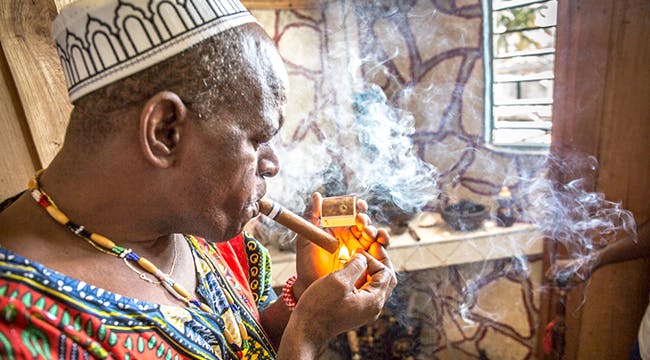 The Cuban State is lay. However, the national Constitution guarantees the religious freedom of all citizens and the equality, by law, of all religions and churches.

According to some sadistic, most of the citizens have some religious beliefs, although only the 15 % of the population practices some organized faith of a cult.

Nowadays, although it is the strongest due to its bonds with tradition and culture, it shares the spaces with evangelical churches that first came to the island in 1899, when the North American troops occupied the country.

Hundreds of temples and cult houses were erected all along the country, among them Baptist, Episcopal, Methodist and Presbyterian churches, as well as other denominations of Protestantism.

But in all Cuban municipalities, there are parishes and Catholic chapels that are distributed in 11 dioceses. The current archbishop of Havana is a member of the Sacred School of Cardinals.

Catholicism and Christianity have, in Cuba, a distinctive feature. From the XVI century, the African slaves, when being evangelized, mixed the forms of their religious conscience with the dogmas and the Catholic liturgy.

The Yoruba and other African cultures mixed with the Catholic saints in a phenomenon called Syncretism, that still exist and characterizes a considerable portion of the inhabitants of the Island in the practice of cults and rules of which the Santería is one of the most spread.

In Cuba, there are also Jewish and Muslims.

The Santería in Cuba

It is very popular in Cuba. It arrives at the Island in the minds of the black slaves brought from Africa several centuries ago, during the Spanish colonization. They became the labor force to work in the sugar cane plantations, and they brought with them the beliefs in the African deities. It was a new and unknown religion for the Spaniards who implanted Catholicism in Cuba like in the rest of Latin America.

The black slaves had nothing but their divine obsession for their gods, symbols, rites, legends, and myths when traveled hungry, nude and chained in the Spanish ships listening to a different language, away from home to where they will never return.

In their moments of scarce rest, after long and inhuman work days in the sugar cane fields and under the inclement sun, the Afro-Cuban slaves worshipped their gods, feared punishments and gave their more secret cults, the only ones that could protect and provide them faith, hope, and happiness I such as awful life.

With the passing of the years, the African symbols mixed with the Catholic religion, and a very interesting process of cultural and spiritual integration occurred.
Some explain this phenomenon due to the mimicry, the fragility of their lives derived of so much oppression and the intimidation of the Spanish authorities. The slaves succumbed, even in their most internal and deeper beliefs, before the absolute supremacy of their masters.
Others affirm that it was a natural and human insert, a way of surviving the predominant culture, the only form of existence of their rites, gods, and legends. They did it very wisely, giving and taking.

It was an intelligent metamorphosis after a long process, centuries. It was the only way that the national integration could take place. It was the emergence of the Cuban nationality and without omitting its typical and essential elements.

The death of the slave’s gods didn’t happen, instead, the mixture of the oppressed and the dominant cultures as a result of a human, underlying, psychic, sensorial and unconscious evolution took place.

The Cubans are the mixture of Spaniards, African, and mulattos

In the country, there are several tendencies of religious practices of African origin, apart from others of the same origin that exist in the rest of the world. They have their resemblance and differences.

In Cuba, for instance, the Santería was of Yoruba or Lukumí origin. It is the Rule of Ocha, known as the Vault of the Orishas.

The origins of this cult are strongly associated with the Catholic religion and its most known virgins and saints.

The Regla Conga or Palo Monte origin is also practiced. They use the cult to symbols of Nature. It is a much-extended religion.

Other African religions exist such as the Regla Abakúa of the Carabalíes, a secret sect of mutual help. The Vudú is also practiced.

The Cuban Santería is very associated with dance and music. Its influence is present among the musical tendencies, dance, or Fine Arts and theatre.

The religious symbols are used to identify postures, situations, scenarios, and circumstances.

It is very difficult to calculate the number of followers or believers of these syncretism religions, because people have these beliefs inserted with other Catholic divinities to worship them or practice their rites in a non-visible way, in their interior world.

Nevertheless, this cult has been incredibly extended in the last years.

Some deities of Santería and their syncretism