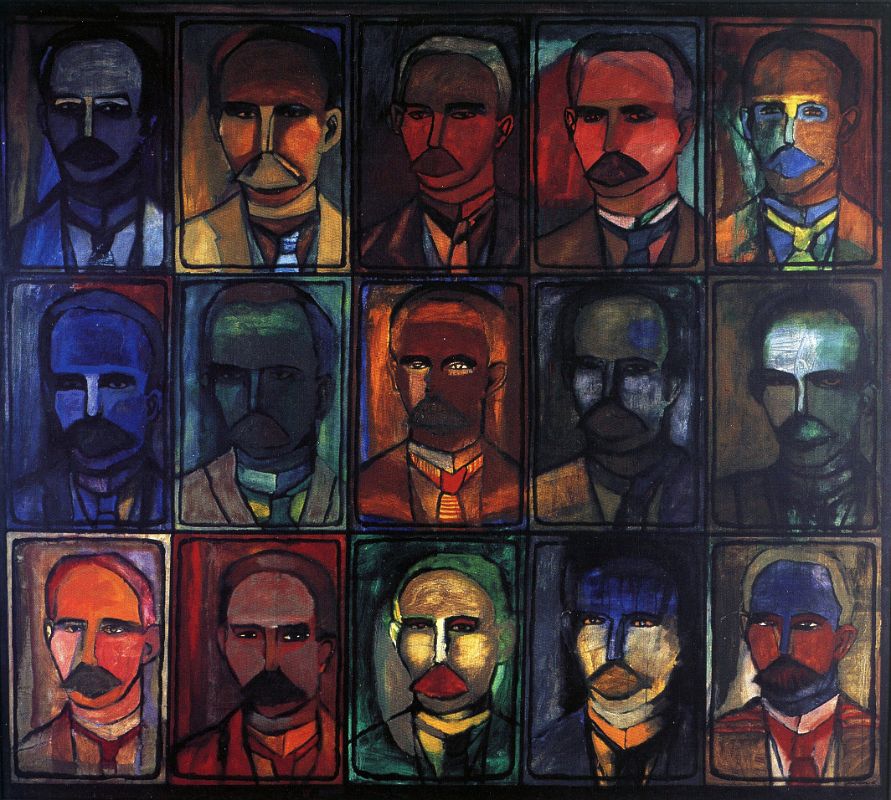 The constructions erected in Cuba during the Spanish colonization are known as Cuban Colonial Architecture, present in the island from the XVI century until the end of the XIX century. Today, there are only preserved constructions from the XVIII and XIX centuries.

The Cuban Colonial Architecture has always seduced the travelers. There is a certain mystery in that outstanding survival above all obstacles, mainly time, that powerful enemy that destroys everything. The columns, arcades, rails, grills, stained-glass windows, and doors, became an endless part of the island’s atmosphere. This architectural style can be found mainly in cities like Havana, Cienfuegos, Trinidad, Camagüey and Santiago de Cuba, although is present all along the country.

Nothing has been more transcendent and durable in Cuba than those constructions, except for the spirits and ideas. The only difference is that the last ones receive the impact of the social changes of our times, while the constructions last amazing and they still keep on adorning the Cuban atmosphere in an admirable way.

In colonial Cuba, as architect Joaquín Weiss said, were not giants, tall them, but their thoughts were huge. They were, due to their sense of domination, powerful and opulent, due to their the Spaniards, the masters of Cuba, were not the only ones that influenced the Cuban Architecture, but also the most diverse styles, such as the French tombs erected in the main cemeteries of Havana and Cienfuegos, just to mention a couple of undeniable examples . The French architects traveled to Cuba to design sepulchers for Cubans and Cubans copied this French Neoclassical style, all immense, admirable, splendid, white, pure and majestic.

Even when different styles left their impassable and historical prints, the Cuban architecture created its own features and gained its own independence, concerning the majesty and rigor of the Neoclassicist European constructions, modern versions of the classical Antiquity.

There were certain “tropical” changes, eclecticism and some adaptation to the sensations and yearnings of the island.

Among these Creole versions stand out the “architraved columnar arcade” and with less frequency the “arched columnar arcade” that shows a certain freedom, functionality, and ornamental simplicity. According to Joaquín Weiss, great sociologist and architecture were probably the most complete and better represented in America in the colonial period, because of the differences with the rigid European styles concerning color, the height of doors and windows and the rails of balconies and stairways. And beyond the opulent residences, there were also a great number of parks, fountains, squares, small squares, banks, statues, and the interior furniture zealously conceived to harmonize with the architectural atmosphere.

There are many coincidences and influences: from the eternal, inclement summer, always looking for outdoors, the unavoidable walks and the look toward the sea to the ambitions and social characteristics of the dominant and at the same time dominated class of the insular Creoles, subordinated to the Spanish rigidity. The religiosity, represented by bishops and monastic orders with its numerous temples, seminars, chapels, and cemeteries built under the urgency of the Church in these lands, had also a great influence in the Cuban architecture. The Cuban colonial atmosphere had its own reasons; nothing was a simple result of beauty and view. Behind each architectural work, there was a colonial, overpowering, environmental sense and even familiar, this last one, a very important element regarding the traditions and the spirit of the dominant class and the emergent rich Creoles. The monumentality and the immense is proportionate and apparently useless sizes had a purpose of stateliness, order, neatness, respect, power, comfort and profusion, indispensable and hierarchical elements, decisive inside the rigors of a colony and a class strongly settled in the domains of the Island.

Although the colonial style is considered the most transcendent style in Cuba and the travelers are surprised in front of its splendor, other styles, periods and nations kept on influencing the Cuban architecture along the XX century: from the Creole versions of the European architecture, the Art Noveau and the Art Deco and the North American eclecticism that razed good part of the architecture of Havana, by the end of the nineteen fifties.

The City of the Columns

Havana, the City of the Columns, as it was baptized by writer Alejo Carpentier, one of the most remarkable Cuban novelist, insists in the fact that time and the economic difficulties won´t destroy it like has happened to many other cities around the world. Havana also has an important enemy: modernity, the same one that has damaged most of the big cities of America.

Havana was the favorite places for the enormous market of the XVI, XVII and XVIII centuries. It had the best walls, erected to defend it and also had the best armies of all. Of that history, there are only ruins today, but still wide and prodigious columns.

The Historical Center, the city framed inside the old walls that protected it from pirates and enemies from Spain, embraces 210 hectares and 242 blocks. There are approximately 4.000 constructions, 900 of them considered important patrimonial monuments.

More than half of their space is devoted to housings and squares, parks and big non-residential building that occupy a 25 %. Around 70.000 people live in the Historical Center, approximately the same number of inhabitants that lived there one century ago.

Its historical center settled down in 1519, is the oldest portion of the city and, at the same time, the most desolated by time, the saltpeter and the economic penuries. Havana is the capital of a blocked country, besieged during 40 years, without any sure market finances.

Its saviors have granted it a value, not very appreciated in similar cities. This is the city not simply with a tourist scenario or a cold and devastating museum: people there live, work, suffer, enjoy and love. It is city very much alive and comfortable. The city was once considered lost. The authorities almost reached that conclusion, but it survived, and it was thanks to the initiative, the love and the perseverance of a passionate and enterprising man: Eusebio Leal Splenger.

By the end of the seventies, he convinced the highest authorities that the Old Havana should be reconstructed to impede its mortal fall. It was urgently necessary a severe rehabilitation plan and the national and international help to save the city.

The Office of the Historian of the city, together with the support of the government began the titanic work of the rescuing even its substructures. It was important to mobilize everybody, from the international organisms and the national authorities to the inhabitants of the district. It was an urgent call in all directions. A year later, UNESCO declared the Historical Center and its fortress, World Heritage. The first battle had been won. The Cuban government assigned big attributions for its development. The oldest area of the capital undertook an intense restoration process. It initially embraced a cultural, historical and architectural character. The work was praiseworthy and valid, but insufficient. It was a very expensive quest.

From that moment on, in front of your eyes, there is a colossal masterpiece: almost every day the visitor can see a restoration work finished or a beginning of a new construction. ¨Stone by stone¨ seems to be the slogan of the project and meter by meter, we realize that the Historical Center is resurrecting.

The Old Havana is not only the area of museums and rescued architectural pieces, and because of its rehabilitation, it cannot become a ghost city, hardy populated or full of institutions and public and gastronomic places. The Historical Center is, indeed, alive.

Another important element is the use of its facilities to encourage tourism, in order to use the profits in benefit of the reconstruction of the city and its building and streets. Old and new hotels and motels have been erected.

Properties, bars, and restaurants, together with museums, galleries, workshops, stores, theaters, schools, libraries, drugstores and health institutions give their services to tourists and people in general. The earnings are reinvested in the restoration of the city.

Havana was always a bustling, cordial, kind, picturesque and mysterious city.
People from Havana talk faster than the rest of the people around the world. The reason? An old history of a cosmopolitan city and especially several centuries of trade and exchange.

The first stones of the city were erected in 1519 in Carenas Port, place nowadays occupied by the Weapons Square. Today, it is possible to observe I the way it used to be: small, bent and narrow streets, full of our tropical, warm and radiant sun; wide constructions built over thick columns, as it corresponded to the expansion of the contact with the world of a hot and friendly city.

All of its architectural layout and structure respond to a concept of squares that became the lungs and the very movement of the city.

The Weapons Square, the Cathedral, the San Francisco Square, the Old Square and the Christ Square, already restored, conforme the centers of the commercial, political, economic, cultural and social life.

There, the most luxurious and surprising constructions were erected: palaces, big mansions, churches and convents but there are also modest houses.

Today, the still subsist, the prodigious columns and huge doors, high embroideries, mezzanines, stone streets, stained glasses, and railings. All sort of living architecture together with the unavoidable city life and its bars, local patios, salesmen, street corners full people talking and sharing and above all things, the unmistakable sonority of Havana’s inhabitants.

The powerful walls that protected the inhabitants were gradually demolished. The last stones fell at the beginning of the XX century. With the passing of years, the end of the colony and the beginning and the development of the Republic, the Old Historical Center was relegated to museums, old monuments and more and more popular housings. In some public buildings, the government and some institutions had their headquarters. The inhabitants of the adjacent poor neighborhoods were penetrating the interior of the Historical Center and, on the other hand, the rich and the middle classes moved toward the western part of the city.

In Havana, the urban overpopulation that happened in the rest of the continent during the sixties didn’t occur. The old houses were not demolished to build modern buildings in its place. The Cuban capital survived modernity, of course, with its advantages and disadvantages.

Havana, the city of the columns, is also the city of lights and shades, expectations and the mysteries of manhood.

Our office are located at Havana City. Contact us and we will be pleased to arrange your your visit to some of the most important Cuba Private Collections.
× How can I help you?